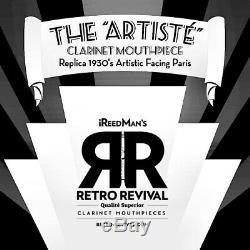 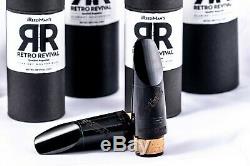 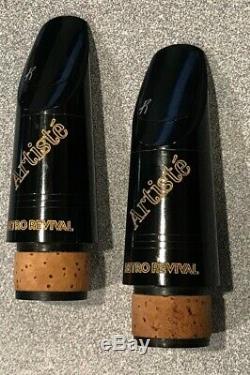 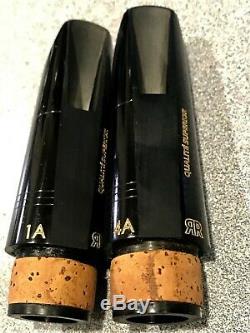 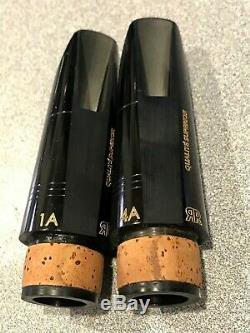 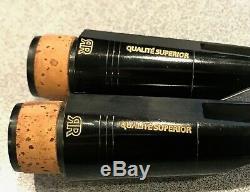 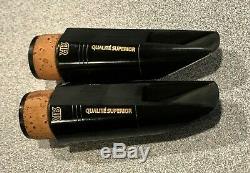 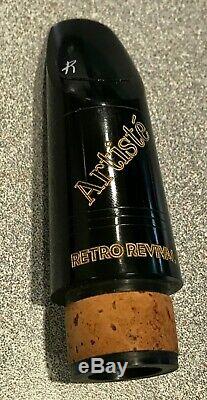 The Charles Chedeville mouthpiece originated in Paris back in the Roaring 1920's. This was a sizzling, avant-garde time for instrument makers, such as Charles Chedeville, who founded a company specializing in making high-quality clarinet mouthpieces. Each Mouthpiece is milled for the highest quality German Hard Rubber Bar Stock and it has been tried and tested for over 100 years to produce the most Vibrant, Responsive, Creamy tone with the added Ping to project extremely well in a Symphony Orchestra.

Some other makers are using polycarbonate and synthetic rubber; to me that is just second rate. We strive for a much Higher Caliber Tonal Spectrum. Chedeville manufactured his mouthpieces from a pedigree- blended hard rubber rod which he developed. These produced an overall gorgeous sound and harmonic ring, ping and butter that soon became immensely popular worldwide. The original engravings read Charles Chedeville, Artistic Facing, Paris, Steel Ebonite, with the legendary and distinctive interlocking CCs on the right side of the table.

It was during WWII that the company incorporated production changes, some of which turned out to be adverse. Henri moved to NYC in the 1920s and later opened a shop in Philadelphia, where he proceeded to sell the French mouthpieces. Unfortunately, over the years production methods changed, and the two cousins did not agree on their concepts of mouthpiece making and design. Many professional players also found that the American version of the Chedeville mouthpieces did not compare to those made in France in the 1920s-30s and shared very little of their original unique beauty and magic. As time went by the mystique grew for the increasingly scarce early Chedeville mouthpieces.

New generations of clarinet players found the design enchanting and valued the scientifically designed bore and chamber. With the Famed Boston Symphony played an Original CC Paris, and his expressive sound became a standard for which many clarinetists respected and emulated! Here at Retro Revival we are extremely fortunate to have an original interlocking CC 1930s French Artistic Facing Paris mouthpiece with which we were able to reverse engineer in order to create a remarkably precise replica. You too can experience the magic of an authentic Artistic Facing clarinet mouthpiece. The item "ARTISTE´ REPLICA 30's PARIS ARTISTIC FACING Bb CLARINET MP DEMO. 101 MODEL A" is in sale since Monday, August 5, 2019. This item is in the category "Musical Instruments & Gear\Wind & Woodwind\Parts & Accessories\Mouthpieces".

The seller is "ireedman" and is located in Chatsworth, California. This item can be shipped worldwide.